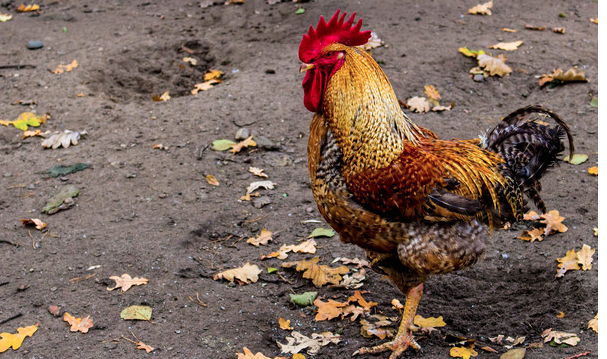 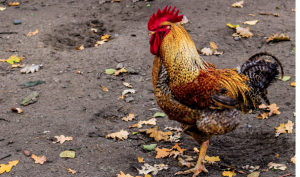 Several large flies swarm around Esther’s face as she walks us to her backyard chicken coop.  Turning to us, one lands in the corner of her eye and she brushes it away.  Her yard looks clean and tidy but the wet bedding and swarms of flies suggest otherwise.  There is trouble in paradise for Esther and her neighbors.  One of them has complained about rats and the smell from the droppings.

“I keep it raked up but I have all these flies all the time.  It stinks too.  When it rains it gets to be the worst.” Esther tells us wincing her face to keep the flies away.

Esther lives in an affluent neighborhood situated in the northern part of Seattle.  Lots of her neighbors have chickens as many do in the city, especially Seattle.  Urban farmers love the fresh eggs.  What Esther and her neighbors don’t like are the flies, the stink, and rats.

Liam, Esther’s friendly neighbor, recognizes me from previous visits.  I’ve been to Esther’s home before to help her with logistical issues with her garden.  He doesn’t have chickens but understands why people do.  He also knows that being a good neighbor is being understanding.

“Seattle has a terrible rat problem,” Liam says. He meanders across his yard toward the fence that separates his and Esther’s backyards.  “I talked to the City people when they were lowering rat poison down into the sewer.  They put it on a long string and lowered it down there.  They said the rats were terrible in the sewer and that’s why there’s so many rats.”

Seattle definitely has a lot of rats scurrying about.  It isn’t uncommon to see them flattened on the street. If you do much walking in the city no matter where you will see one scurry across the sidewalk.  Occasionally you will see a crow perched on a powerline with one in its beak.

“It’s not so much that the chickens cause rats. It’s just that the rats come to eat the chicken scraps and all,” Liam draws out as he perches his elbows on the fence rail.  “I saw on the news one night that rats had been coming up the toilets in people’s houses there’s so many of them.”

Seattle has enough rats to warrant treating the sewers under the street but you should still take precautions to prevent them.  Esther rakes up her chicken bedding but she doesn’t compost it properly.  Too much wasted feed and scraps sit piled up in the yard.  The rats eat what they can from this pile.  She should use a wooden compost frame with a wire bottom to keep the rats from digging underneath.  She should have a frame on top to keep them out as well.  If she doesn’t compost it she should put it in the yard waste.

The flies come when the chicken droppings get wet and make the ferocious smell.  It’s a sickening warm dead stench from anaerobic bacteria eating on the soaked droppings.  The wet ground keeps air out of the soil.  This helps create an environment for anaerobic bacteria, bacteria that can live without oxygen.  This type of bacteria tends to create a sulphurous smell.

“I’ll be so glad to get this cleared up,” Esther says with a sound of relief.  I love my chickens and enjoy seeing them running around the yard back. It just smells so bad in their coop and run area.  I was afraid I’d have to get rid of them.”

Keeping her chickens up on wire will help keep the droppings dry and stink free.  Her coop now is sitting in a low spot in the yard that collects rain and becomes stagnant.  Building a stand with a wire base will keep predators like the raccoon from getting at her birds.  It will also keep the majority of the poop dry.  She will be able to rake underneath to move the droppings to a compost pile.  The flies will disappear too.

The chickens will also benefit greatly as well.  Putting the coop up off the ground makes the chickens more comfortable.  They will be able to access the run any time they want by simply walking down the ladder into the wire mesh run.  She can put a door on the coop that slides shut and it’s now predator proof at night when most predation occurs.  The chickens also won’t be scratching around in their own poop.

“I knew there had to be a good way to make this work,” Liam says as he lights a cigarette up while leaning against the fence.  “I like it when Esther gives me some of those fresh eggs for breakfast.  I’d hate to see her have to get rid of the chickens.  I don’t mind much but some of the other neighbors don’t turn a blind eye to it”.

Many problems with urban backyard chickens can be avoided. Use a little forethought about coop placement and what to do with the bedding and droppings.  A good compost program will help keep the flies down, the rats away, and the stink to a minimal level.  Good eggs and good neighbors can he had with some proper animal husbandry practices.

Previous Green Roof for the Coop?
Next Quail Keeping Primer