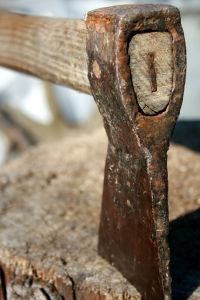 Happy People: A Year in the Taiga

Happy People:  A Year in the Taiga 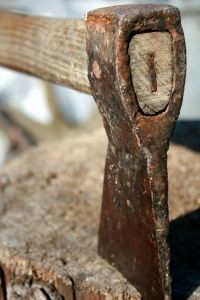 I ran across this film on Netflix.  On occasion, I will watch documentaries, as I don’t really find mainstream entertainment all that entertaining. I decided to watch it thinking that it might be interesting to see how other cultures live. After all, our Western culture has just about lost most of the reality of the old ways of doing things. As it came on it started out a little slow and I got comfortable in the chair

I was quite surprised and excited to watch after only a few minutes. It was captivating. These men’s philosophies on life and living is magnificent.  There’s so many other ways to approach a problem that we overlook, even when it is looking us in the face.

Their level of technological aptitude was surprising to me, how complexly they did something so simply. The things that they accomplished without modern table saws and electronics.  It is a certain mindset to get into and we are no longer accustomed to approaching problems in the same manner.

One man used a tree to make a wench made from a hollowed out stump which sat on another tree stump that had hacked away a partial post. The round log had an arm placed into it so he could turn a rope to wench his boat up the bank. It is one of those things that are so simple in theory but how did he come up with the idea other than necessity? Today we see relatively little of this type of can-do-itiveness.

It has been a very long time since I walked into a mans garage and saw homemade jigs, tools, or other unknown hardware that was resourcefully made from what was laying around. These people living in the Siberian wilderness hawd to rely on what they have and to live within their means. W I don’t know how much they actually had in the ay of phones and electricity, nor how much they have forgotten or actually do but what I did see was very impressive.

For me it wasn’t the fact that they lived off the land a lot, or their preparedness, or their woodsman skills. To me their ability to use their brains and make do with simply technology to repurpose and reuse things in ways that they were never meant to be used was fascinating. We have become so removed from having to be resourceful that this is foreign and backwards to most people now.

I would strongly recommend you watch the subtitled documentary if you are at all interested in self sufficiency, living preparedness, and living with what you have. I found it very interesting and I will never look at an axe the same way again.