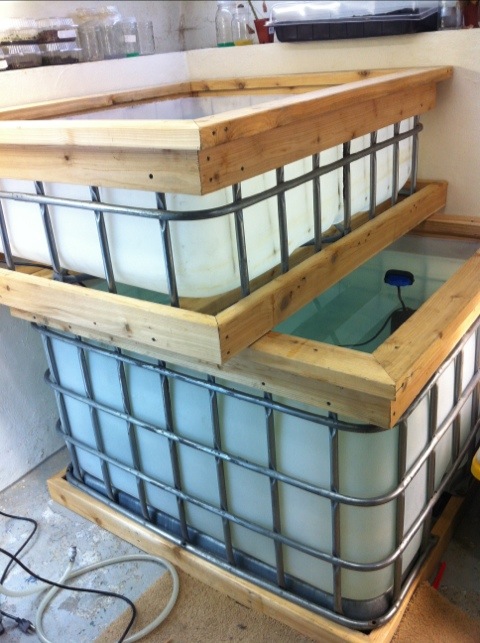 Aquaponics From an IBC Tank

Aquaponics From an IBC Tank

Made this to try out aquaponics from mostly things I had lying around. Been into fish since I was a kid and gardening too. A friend bought some IBC tanks and I thought Id give it a try. It is in the ‘laboratory’ (pronounce as in British English) in the basement utility/storage room.

The first thing I did was cut the IBC tote with a grinder.  I used a board and a sharpie marker to get a straight line.  Then one by one cut them apart in the middle of the square so that there would be enough to put into the 2×4 cedar frame.

After all the tubing was cut I measured the metal cage and cut the cedar 2x4s to length at 45 degree angles.  I fixed them together (nails or screws work but screws are stronger).  The wooden frame is simply for looks as the cage is strong enough to hold it together, at least these were. 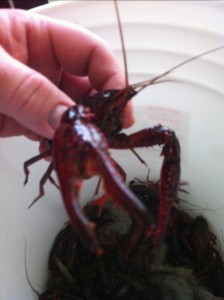 I centered the cute cage pipes upside down on the upside down frame.  I made sure it was well centered.  Then I took a pencil and drew a circle around each and every pipe that was cut.  This was so I could drill out the frame to accept the pipes easily.

After the holes were drilled in the frame I sat the cage into the holes of the frame.  I used an 1/8 inch wide drill bit to drill through the frame and pipe to keep it from lifting off accidentally.

The botton of the cages, or the uncut ends just sit in the lower frame.  This makes it easier to move as it is a little lighter.  The drains on the bottom of the IBC totes sometime differ.  Take a look at them and see that hey will clear your frame. You also need to consider whether or not you want to attach a hose to the drain.  Some you can reach in and unscrew rather easily to drain. 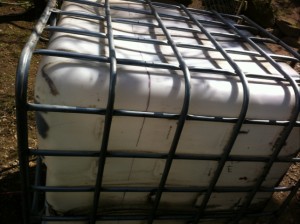 Whether you want to make a dirt planter with your repurposed IBC tote or make an aquaponic growing unit this is  a great way to make it a little more aesthetically appealing.  You can see in the picture of the before that it isn’t going to win any beauty awards.  It can be used just like it is but I preferred something a little more refined for this particular project.  If I were setting up a fishroom in a shed Id just use the IBC totes as is.