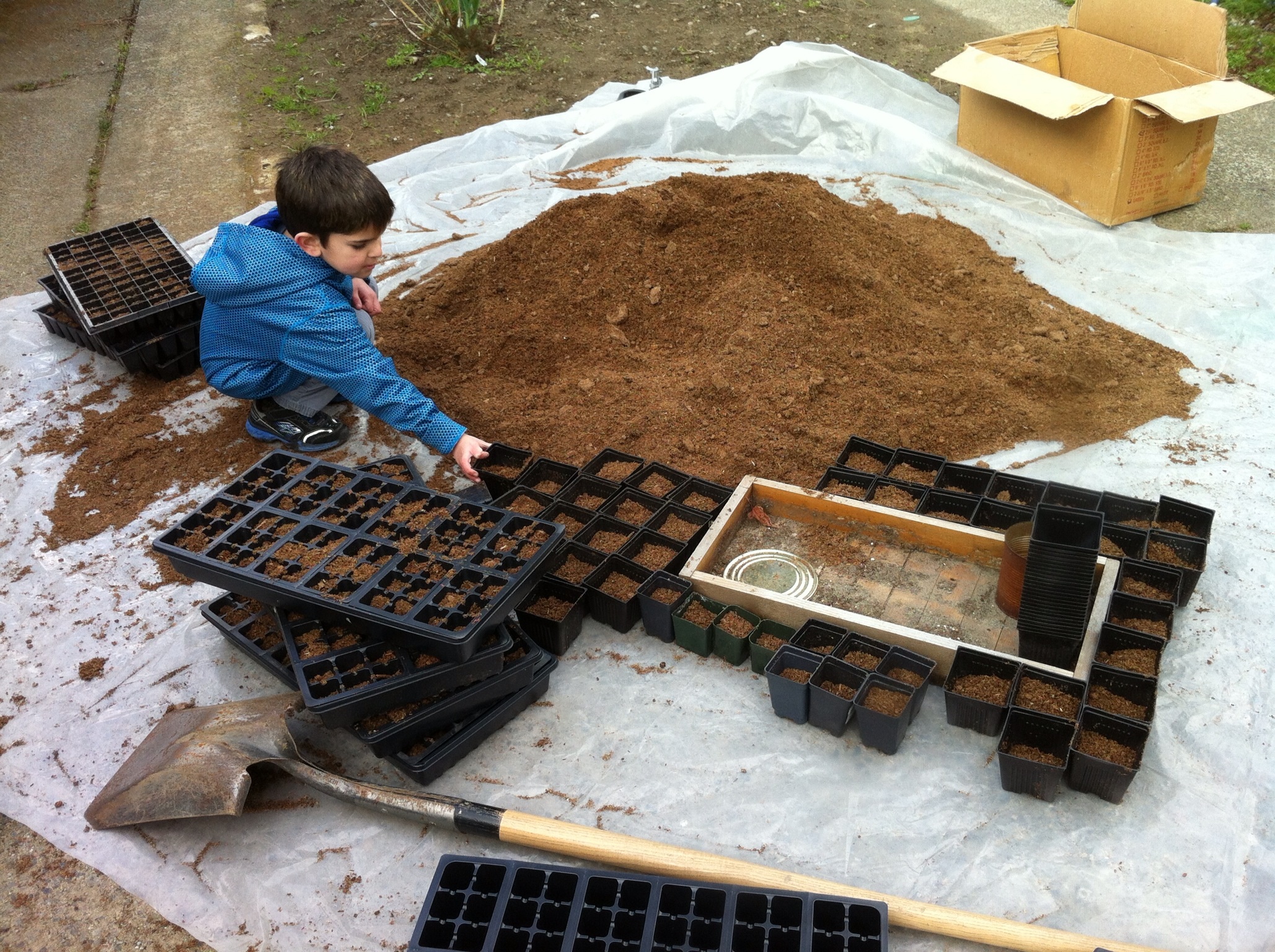 Potting soil is dirt or better yet a soilless medium.  You’ve heard the expression “cheaper than dirt” before haven’t you?  If that’s the case  then it may cost 4 or 5 dollars.  You can make your own potting soil if you have a little time.

Making your own potting soil at least half of it will be homemade compost.  Most of the commercially available potting mixes are made from peat moss (which may or may not be sustainable), perlite, and vermiculite.  All of these ingredients are a contribution to pollution and land alterations as they are harvested from the earth via mining.  This isn’t taking into account the fuel and resources used to make it, process it, pack it, or ship it.

There are benefits other than saving money and reducing the detrimental impact on the earth.   You can produce your own specific formula to cater to the particular plants that you are going to use them on.

Compost can be a mixture of wood shavings, organic material such as hay, grass, food scraps ( no meat or fatty items though).  Other things that can be composted easily are newspapers, cardboard from boxes, animal manures, leaves, and quite a few other items. There are many resources available for creating your own compost if you are not already doing so.  You can do it small scale like in a five gallon bucket or you can made a giant system.  Do as much or as little as you can or want to do. After the composted time is done you can start mixing your own potting soil.